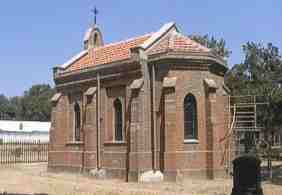 The Audrey Mary Elizabeth Murray Memorial Chapel is the main, identifying feature of the Aylmer May Cemetery on Lagos Road, Lusaka. Built of red brick, with a red-tiled roof topped with an iron cross, it is not only architecturally pleasing, but is also an historical site.

Captain Murray emigrated to Northern Rhodesia in 1925 to settle in Kalomo and to establish, with two partners, the country’s first mail-order trading company; MacMurGus. Born in Edinburgh, the youngest son of Sir John Murray KCB FRS FRSE FRSGS, Captain Murray was a soldier settler, having earned a Military Cross in WW1 as an officer in the 7th Dragoon Guards.

On the 25th June, 1925, he married Audrey Mary Elizabeth O’Brien in London and the couple left directly for their new life in Northern Rhodesia. Audrey came from a distinguished Irish family, her grandfather was the Lord Mayor of Dublin and was knighted by Queen Victoria on the platform of the train station as she was leaving the city!  Her mother was American, coming from the Townsend family who played a leading role in the American War of Independence.

Less than three months after their arrival in Kalomo tragedy struck the young Murray couple.  Audrey suffered a burst appendix and, without access to any emergency medical facilities, she died on the 25th September 1925 aged 25. Heartbroken, Captain Murray arranged for her burial in the Aylmer May Cemetery in Lusaka and built the chapel in her memory.

Not much more is known about Capt. Murray after the death of his wife. Mention of him serving on the Legislative Council of the county was found in the book “Show Time” which relates the history of the Agricultural Show Society.  He died in Kalomo on the 6th August 1937, just 38 years old,  and is buried in the Livingstone Cemetery. 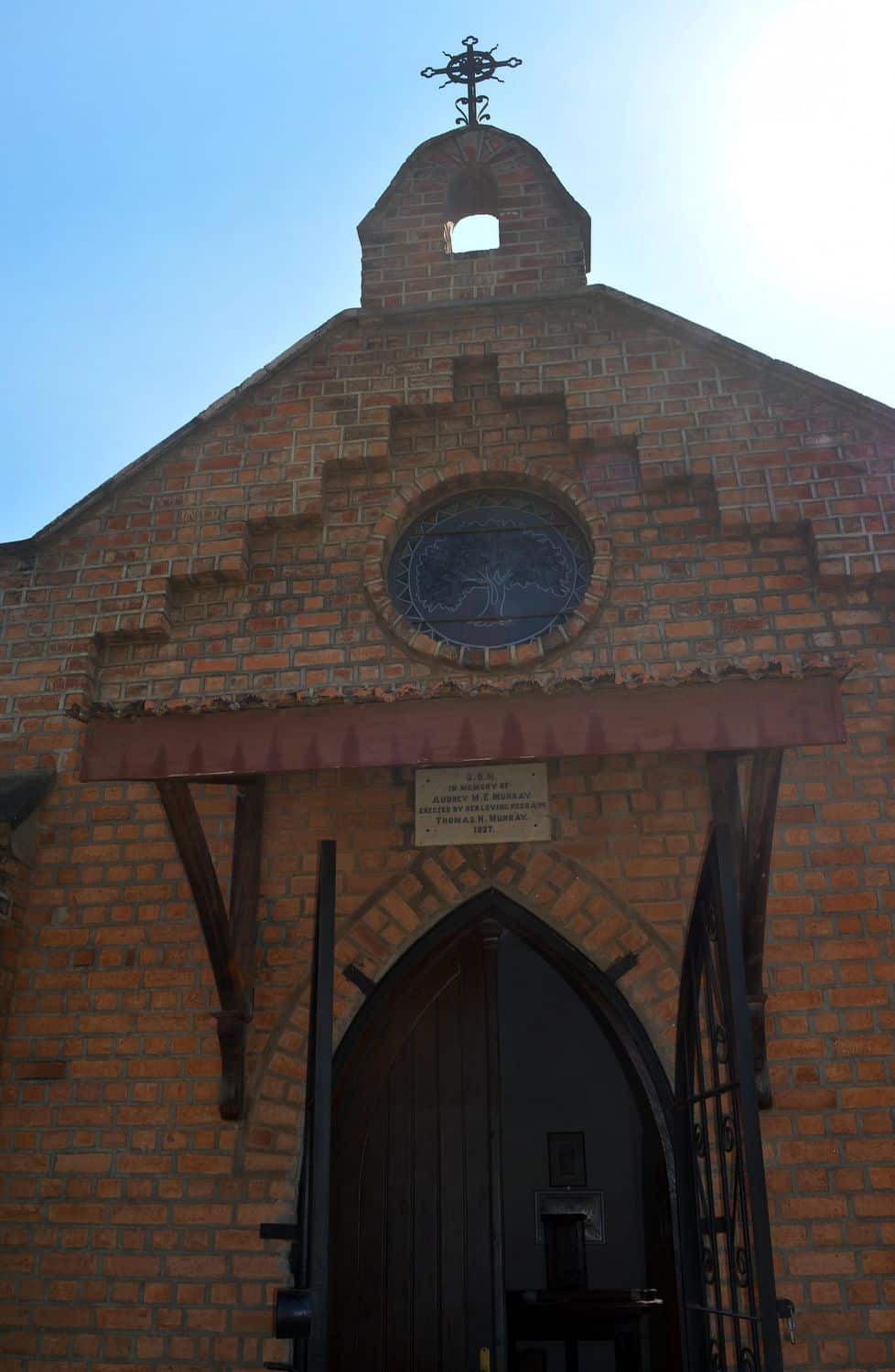 When, in 1999, the Aylmer May Cemetery Restoration Trust took over the management of the cemetery, it became clear that the Murray Memorial Chapel would have to be almost entirely rebuilt. Having been neglected and vandalised for many years, the chapel was in a state of imminent collapse: the walls cracked and falling outwards; the roof timbers destroyed by termites; and the stained glass windows broken. Raising money from donations, the Trust was able to embark on the project of tearing the chapel down (carefully preserving as many of the original roof tiles and bricks as possible) so as to shore up the foundations and treat for termites – and then to slowly rebuild and restore the chapel entirely.

In this endeavour, the Trust was greatly assisted by many companies and individuals – not only with funding but with time and advice and material inputs.

For this we are extremely grateful and wish to thank them all – but give a special thanks and mention to Martin Clark and his team for doing the actual work!

The Murray Memorial Chapel is now available for hire from the AMCRT for religious ceremonies.